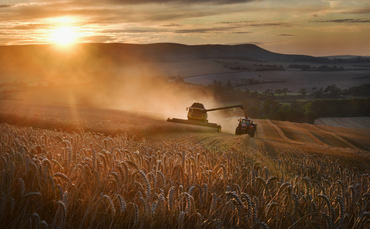 The Government today published a long-awaited update on its plans to reform farm subsidies, confirming that it intends to speed up the roll-out of the new Sustainable Farming Incentive (SFI) scheme and provide payments to farmers who take green action starting later this year.

After months of complaints from farming and environmental groups that the government has not provided enough clarity on how a wide-ranging package of farm subsidy reforms will work in practice, the Department for Environment, Food and Rural Affairs (Defra) will today issue guidance. a deep update to its plans for both SFI and the Countryside Stewardship Plus scheme, which will encourage farmers to work together to achieve large-scale environmental improvements.

The government said the update means farmers and landowners “can now plan ahead with clarity on payments under both schemes in 2023 and 2024”.

“Farmers are at the heart of our economy: they produce food for our tables and are also custodians of the land from which they come,” said Environment Minister Therese Coffey. “These two roles go hand-in-hand and we are accelerating the roll-out of our farming schemes so that everyone can be financially supported, protecting the planet while producing food more sustainably.”

SFI and the Countryside Stewardship Plus scheme are two components of the government’s Ecological Land Management (ELM) regime, which is designed to replace the EU’s approach of paying farmers based on the amount of land they own. Instead, the new schemes will reward farmers based on their delivery of a range of improvements that help meet the UK’s climate and biodiversity targets.

Today’s update confirms that six additional standards will be added to SFI this year, along with three existing standards covering soil and wetland health. The new standards mean farmers can be paid for agreeing to carry out actions to improve hedgerows, grassland, arable and horticultural land, pest control and nutrient management.

Defra has also confirmed what payments farmers can expect through an improved version of the farming scheme, which will see around 30 extra actions available to farmers by the end of 2024. The extension builds on more than 250 actions that farmers can currently take. to secure payments through a scheme that already covers thousands of agricultural businesses.

The new Countryside Stewardship Plus scheme will reward farmers for taking concerted action, working with neighboring farms and landowners to achieve climate and nature goals such as managing floodplain meadows to reduce flood risk and improve biodiversity, restoring and maintaining peatlands to capture and store carbon, and improving and managing forests to mitigate the effects of drought and increase their resilience to climate change.

The government said the next phase of the scheme would build on the successful launch last year, which included 22 projects that aim to restore nearly 700km of rivers and protect and enhance the 263 species that received funding.

Defra said the new schemes were designed to be “as flexible and accessible as possible”, with farmers and landowners able to apply online to access the various schemes.

“This is a positive development on a long road to figuring out the future of farmer payments for managing hedgerows, wildflower meadows and other important ecosystems,” he said. “However, individual actions alone will not achieve our climate and natural goals. There remains a need for unification between actions to avoid a piecemeal approach. While it’s not perfect, it’s a start.”

He also urged the agricultural industry now to “step up and take advantage of the opportunity to maximize the potential that farming with nature can bring.” “For many farmers, this will be the start of a journey towards green farming and Defra must do all it can to provide farmers with consistent support and a clear road map to a truly holistic and sustainable farming industry,” he added.

Meanwhile, Dustin Benton, director of policy at the Green Alliance think tank, urged the government to act quickly to expand the landscape restoration component of the new subsidy regime. “Defra’s landscape restoration scheme (the mainstay of ecological land management schemes, which is most focused on restoring nature) has already proven hugely popular with farmers across the country,” he said. “Our analysis shows that a rapid expansion of the scheme could increase farm incomes by a fifth on the least productive land, help almost double wildlife numbers, and that this could be done without increasing food imports from abroad.”