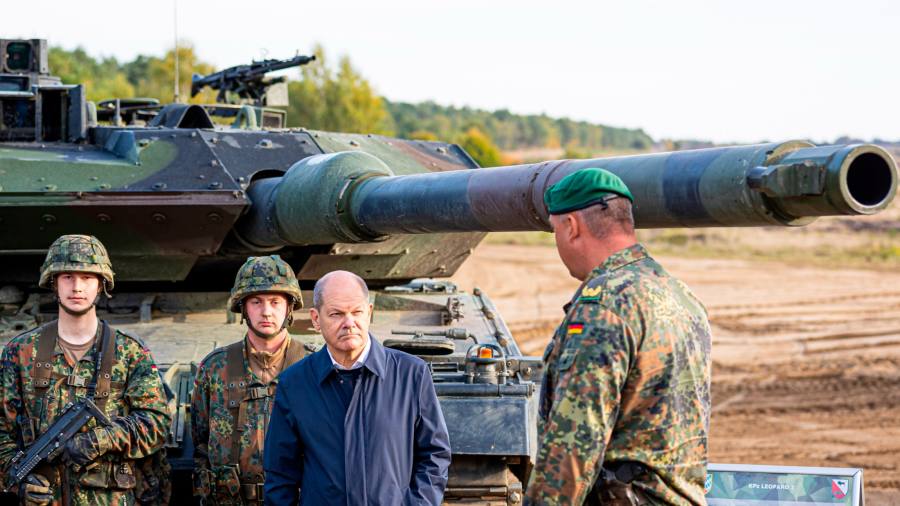 Germany is to deliver 14 Leopard-2 tanks to Ukraine in a significant escalation of Western military aid to Kiev.

Olaf Scholz announced the move at a cabinet meeting on Wednesday, describing it as the result of “intensive consultations that have taken place between Germany and its closest European and international partners”.

Germany will aim to assemble two tank battalions of the German-made Leopard-2 tanks. As a first step, Berlin will supply a company with 14 Leopard 2-A6 tanks from stocks held by the Bundeswehr, the German army.

“This decision follows our well-known line of doing our best to support Ukraine,” Scholz said. “In this, we act in close coordination with our international (partners).”

The move follows intense pressure from Kiev and EU countries, including Poland and the Baltic states. It also accompanies a shift in Washington, which was initially skeptical of the need to send Abrams tanks because of logistical and training challenges. The Biden administration is now preparing to announce that it will supply M1 Abrams tanks to Ukraine, according to people familiar with the matter.

Scholz had hesitated to supply Ukraine with heavy armored vehicles for fear that it would increase the risk of a direct confrontation between Russia and Nato and had previously insisted that Germany would not “go it alone.”

Germany will give export approval to all the countries that want to send their Leopard-2s to Ukraine. As the manufacturer of the tanks, Berlin has an influence on their resale and export. Germany will also begin training Ukrainian soldiers to use the weapon system. According to Berlin, the package will include logistics, ammunition and maintenance of the systems.

The front line of the war has barely moved in recent weeks, and Kyiv has claimed that Western tanks would help it regain the initiative and recapture the occupied territory. It also says it needs tanks to deter a renewed Russian offensive expected in early spring.

At the same time, Russia has warned that the West sending tanks risked further escalating the conflict, while downplaying their importance, claiming they would have little effect on the battlefield.

Dmitry Peskov, President Vladimir Putin’s spokesman, said the public disputes surrounding the delivery of the Leopard-2s showed that “not everything is going smoothly, both in (Nato) itself and with the supply of tanks,” according to Interfax.