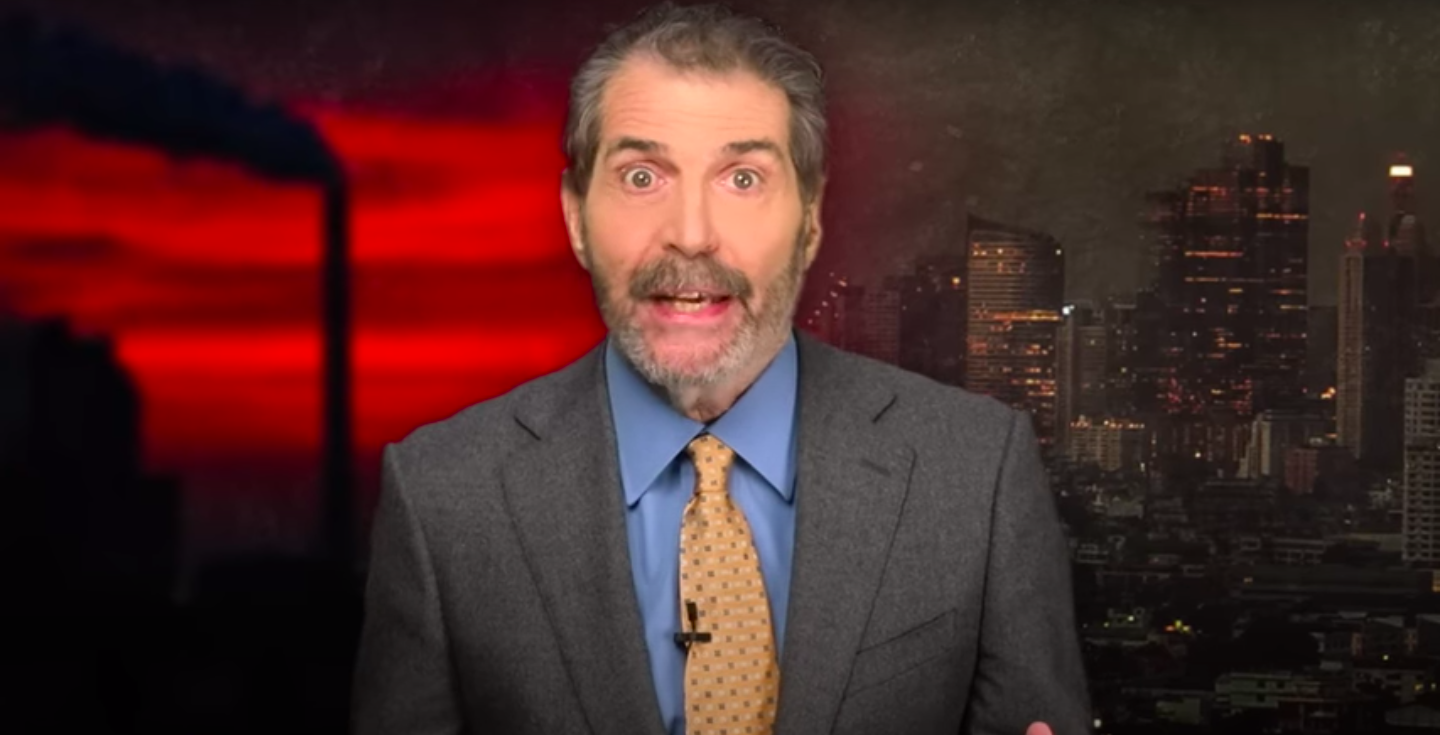 have you heard The world is about to end!

Why would 60 minutes interview Sincerely?

For years, Ehrlich said, “We are very close to starvation” and “In the next 15 years, the end will come.” He was wrong again and again.

nevertheless 60 minutes takes him seriously. “Paul Ehrlich may have lived long enough to see some of his dire prophecies come true,” said reporter Scott Pelley. now 60 minutes says “scientists say” Earth is in the midst of a “mass extinction!”

Ehrlich’s book sold three million copies. It claimed that the growth of the Earth’s population would lead to world hunger.

The world’s population has more than doubled. But today there is less hunger!

60 minutes mentioned that Ehrlich was wrong about widespread famine, but they ignored his many other foolish predictions. One was that by the year 2000 (due to climate change) England would not exist.

Ehrlich won’t talk to me now, but seven years ago, when my producer asked him about his stupidity, Ehrlich said, “If you’re predicting the future, you’re wrong.”

The media should ignore guitarists like Ehrlich and pay more attention to people like Marianne Tupi, editor of HumanProgress.org.

In mine new video, Tupy notes that “life adjusts.” The modern era has brought much greater life and the greatest reduction in poverty.

Of course, universities, media and politicians say that capitalism is destroying the earth, so young people throw soup on famous paintings. They believe it is moral because we are facing an apocalypse!

“When you’re selling the apocalypse,” Tupi says, “people feel like you’re deep and that you don’t care.” But “when you sell rational optimism, you sound indifferent.”

Careless? Prophets are anti-national. At one point, Ehrlich even floated the idea of ​​sterilizing people and reducing population growth by having the government poison our food.

“Ehrlich sees people as destroyers rather than creators,” Tupi says, “no different from rabbits.” When they eat all the grass around us, their population explodes, but then it crashes. But people are fundamentally different. the ability to innovate.”

It is not reasonable to think that humans can be good for the environment. “We use things,” I tell Tupu.

“We use things, but we also grow things,” he replies. “New knowledge is important. Think of something as simple as sand. When we started melting sand to create glass, we used the first glass for glass beads. Now we create microchips.”

Similar innovations in agriculture, transportation and genetic engineering are why our growing population is not destroying nature.

“Over the past 20 years, forests in North America and Western Europe have grown by 35 percent,” Tupi emphasizes.

This is because innovative people have found ways to produce more food on less land. Prosperous countries can also afford to protect nature.

Many young people are so misled that many do not want to have children.

But it would it hurts the world! Today, fewer women having children is probably a bigger threat than climate change. Not only do we need young people to care for the growing number of us old people, we need them to invent things that will solve Earth’s problems.

More children means more people who will grow up to cure cancer or invent a car that absorbs carbon.

However, more people alone are not enough to deliver the necessary innovation.

“Of course not,” says Tupy. “If only the number of people mattered, China would have been the richest country for centuries. You need people, and freedom. If you let people be free, they will create more value for everyone.”