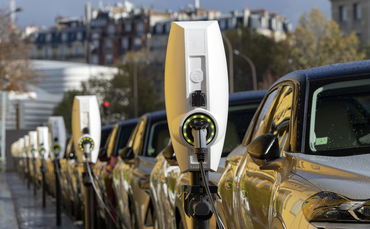 Labor has warned that the Government is falling short of the UK’s target for new electric vehicle (EV) chargers, after figures yesterday confirmed that only 9,000 chargers were installed last year.

Numbers published yesterday by the Department for Transport (DfT) revealed that there are just over 37,000 public charging points in the UK with 8,680 chargers installed last year. The statistics confirmed that 6,887 chargers were rated as ‘fast’ or higher, representing 19 per cent of all chargers, while 21,255 were rated as ‘fast’, more than half of all public chargers.

However, Labor has warned that based on the current rate of installation, Britain is on track to meet the government’s target of 300,000 public charging points by 2030, 20 years later than planned.

The opposition has also criticized delays in the introduction of the government’s Fast Charging Fund, first announced three years ago, and the refusal to confirm plans for a new zero-emission car mandate for carmakers.

“There is nothing to lose on charging infrastructure, but the Conservatives are asleep at the wheel,” said Louise Hay, Labour’s shadow secretary of state for transport. which yesterday convened a roundtable of automotive industry leaders to discuss plans for the transition to electric vehicles.

She added that “endless” chaos in the Conservative government had delayed key projects and risked stalling the transition to electric cars.

“The workforce will help drive the transition to electric vehicles by helping low- and middle-income people cover upfront costs, and we’ll accelerate the rollout of charging points to make it easier to own an electric vehicle wherever you live,” she said. added.

Labour’s criticism echoes that from parts of the car industry, which has warned the expansion of the charging network is struggling to keep up with the rise in the number of electric cars on the road, leading to queues for chargers at some sites.

However, a separate report on the UK’s electric car charging network posted earlier this week suggested the market is well positioned to accelerate the rollout of new chargers and meet the 2030 target. Research firm New AutoMotive said the sector continues to face a number of barriers to deployment, including industry uncertainty over the future of the proposed Zero Emission Vehicle Mandate , it is generally on track to meet its goal of installing 300,000 chargers by 2030.

A spokesman for the Department for Transport said: “We want to maximize the opportunities available to motorists to switch to electric cars and have spent more than £2 billion to speed up the transition. Together with industry, we have supported the installation of more than 37,000 public charging points and expect that to increase tenfold by the end of the decade.”