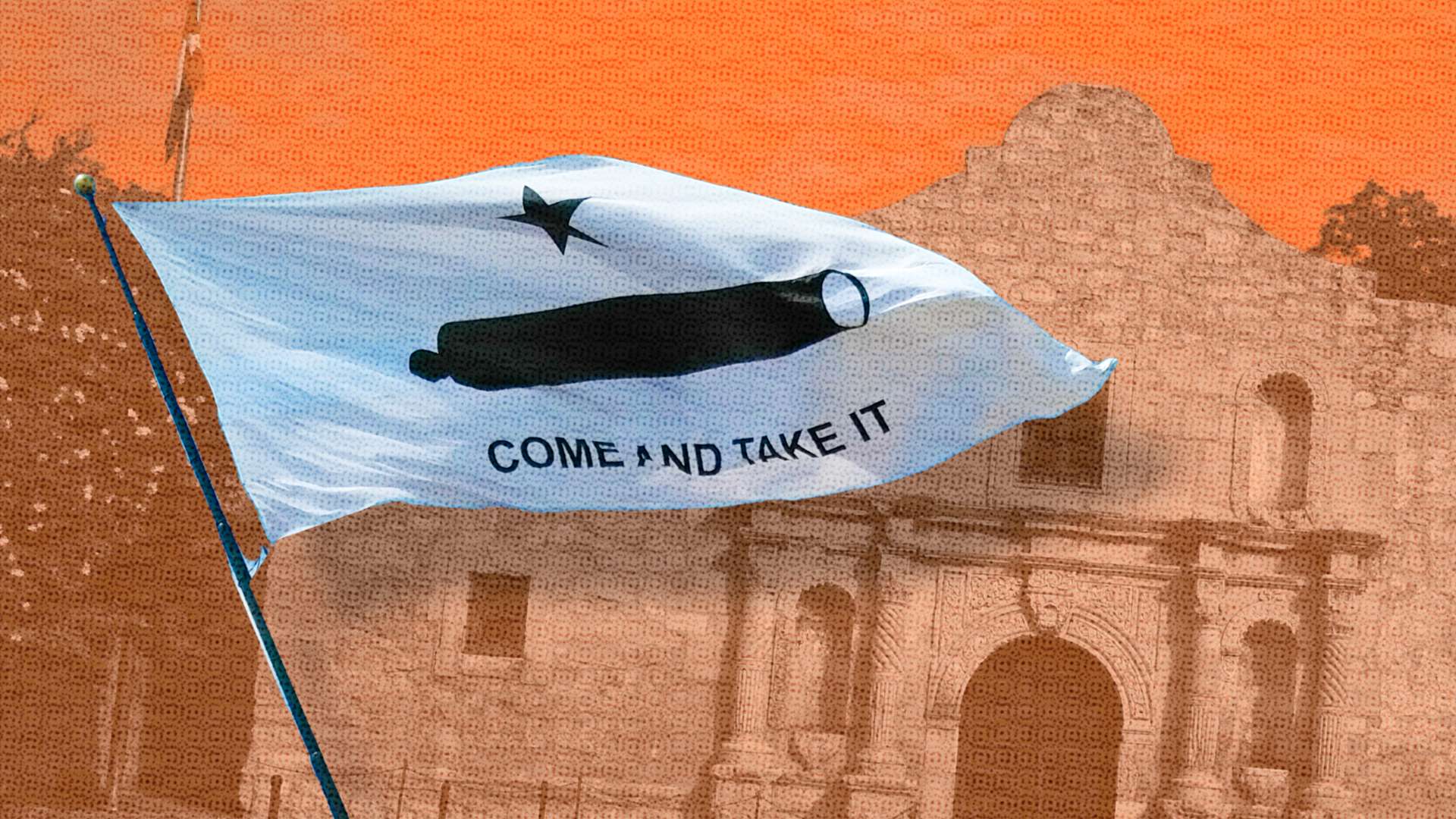 For the past 12 years, Vince Cantu has owned and operated the Alamo-themed bar Moses Rose’s Hideout, located just a few blocks from the historic center of inspiration in downtown San Antonio, Texas. For six of those years, the Texas government agencies involved in the Alamo’s massive expansion have told him the same thing: sell us your bar or we’ll come and take it away.

Tomorrow, the San Antonio City Council is set to vote on an ordinance allowing the use of eminent domain to take over Cantu’s bar. It’s a bold move that the city, state and nonprofit Alamo Trust (which manages the site) believe is necessary, given Kant’s repeated refusal to sell his property for a reasonable price. His stubbornness puts all 400 million dollars The Alamo expansion is in jeopardy, they say.

Meanwhile, Cantu says he’s eager to share in the expected economic success from the addition of the Alamo’s new museum, visitor center and shops. Efforts to save him from future downtown booms by confiscating his property are both unfair and steeped in historical irony, he says.

“It wasn’t the usual eminent domain, ‘we’re going to put a pipeline or a road through this property,'” he says The reason. “This property is based on the freedom of Texas. That’s the bloody ground we’ve been fighting against, this whole idea of ​​a government coming in and taking away your way of life.’

When Cantu purchased the building that is now his bar, it had been vacant for eight years and was physically in poor condition. Its main asset was its location just a block from the historic Alamo Plaza and within walking distance of the San Antonio Waterfront.

Realizing its potential, Cantu invested the money earned from the sale of the last bar he owned to build Moses Rose’s Hideout—named after a likely apocryphal legend about the only defender of the Alamo who left the fort rather than fight and die with the other defenders.

“With very little money, I painted it, passed city codes and opened it up. My first customers were all homeless people. A homeless guy with a guitar was my live entertainment,” he says. “It was probably a couple of years before I broke even.”

But the investment paid off, and those first unproductive years gave way to a thriving business.

As Moses Rose’s became the center of the city, various public and non-profit organizations with stakes in the Alamo also planned their own business ventures. In late 2015, the City of San Antonio, the Alamo Donation Council, and the General Land Office (GLO), the state agency that owns the site, signed the agreement restore and expand the territory of the Alamo.

Their original plan called for restoration work on the existing church and barracks buildings and the construction of a new “world-class” museum and visitor center on the site of the buildings bordering Cantu Bar.

In 2016, Cantu says he unexpectedly received a letter from the GLO, signed by then-land commissioner George P. Bush, to buy his building for an estimated $1 million.

At the time, Cantu said he wasn’t particularly interested in selling a successful, money-making business for the building. A deal in which Cantu swapped property with the city for another property just outside the Alamo also fell through in 2017.

Several years passed until Cantu did not receive any offers for his property. But Alamo’s expansion plans continued to evolve. June 2018 rendering as the website indicates that the Moses Rose building has been replaced by a new museum.

In 2020, Kant was again offered to sell the property.

Cantu again spoke against the sale of his property at the appraised value. “I can’t afford to sell it at appraised value and not have the money. After I paid the bill and everything else, I would have to go find a job somewhere. And I like this job,” he says.

In response, then-CEO of the Alamo Trust, Douglas MacDonald, asked him for a price that would allow him and his wife to “celebrate” the construction of the new Alamo Museum. After pondering for a week, Cantu offered a purchase price of $15 million.

This asking price was almost 8 times the price offered by the government for the building. Cantu says it represents “generational wealth” that he would give up if he sold his building.

The new Alamo museum, he reasoned, would be a great tourist attraction. It will house a new 4D movie theater and showcase new artifacts purchased and donated to the Alamo by its biggest fan and hobbyist collector, musician Phil Collins. The value of his property and the number of customers passing through his doors will only increase.

“Now I’m leaving what is turning into a good part of downtown. Things are finally starting to turn around. I make money,” he says. “Now, all of a sudden, they’re asking me to walk away from it after I built it.”

GLO and the Alamo Trust did not respond to this request.

According to both Cantu and a timeline provided by the Alamo Trust, the next two years were dominated by unproductive handoffs between Cantu and the various agencies involved in Alamo’s expansion. These agencies repeatedly made offers of $2 million for the property to Cantu, which he repeatedly rejected.

Throughout those transitions, Cantu says he was often told his property wasn’t considered for eminent domain, but that it was an opportunity if he didn’t sell.

Annoyed and stressed by the vague threats of eminent domain, Cantu began charging a $1 million “fee” each year the city pursued his property. In December 2022, Cantu rejected the latest offer to buy his property for $3.5 million.

With their efforts to voluntarily purchase the property deadlocked, the San Antonio City Council will now vote on an ordinance giving the city authority over the Cantu Eminent Domain property on behalf of the GLO.

The Alamo Trust has consistently argued that Cantu’s business is needed for a planned 4D movie theater to be included in the new visitor center. Like, without ticket revenue from the theater, the whole project becomes unviable.

“After years of planning and community involvement, construction on the Alamo Visitor Center and Museum is scheduled to begin in June 2023, fulfilling a promise made to the State of Texas and the City of San Antonio,” the Alamo Trust said in an emailed statement. “Having reached an impasse with Mr. Cantu, we have no choice but to urge the San Antonio City Council to explore the possibility of purchasing his property so that the Alamo Center and Museum can move forward without unnecessary delays.”

San Antonio City Attorney Andy Segovia did not respond to a request for comment. He told in San Antonio Report that the city’s seizure of the property was justified by the tremendous public benefit of “having a world-class Alamo campus that has a visitor center, that has a museum, that has all the historical resources that allow the community to learn not only what happened in 1836, but the entire history of that region.”

If the City Council authorizes eminent domain, Segovia said the next step would be to negotiate and assess the property’s fair market value. It is expected to take 120 days.

Cantu says he has contacted all city council members but has received no commitment of support from them. He describes the attempt to forcibly take his property as “sacrilegious” and “the most un-Technical thing you could do”.

If the city votes to move forward with eminent domain, Cantu says he will continue to fight the forfeiture.

“I’m going to fight this to the end. I think, basically, it’s ridiculous to deal with this eminent domain nonsense based on the Alamo,” he says. “It tarnishes the reputation and legacy of these people for whom you want to build a museum to supposedly honor. You really just screwed them over.’